From the Space Wolves pack, I've assembled nine Grey Wolves here, making room for perhaps a Wolf Guard or one of the HQ. Assembly took a little more than 2 hours and after not having doing this for so long, I can't help but break a little sweat over this. Just warming up..... 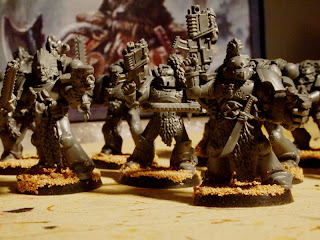 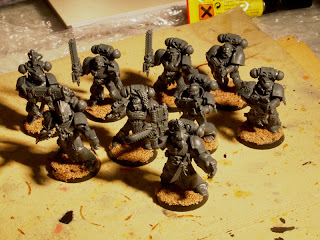 Hi All!
Sorry for not blogging on minis for the past few weeks. I went back home for holiday to catch up with my family and friends and its only recently I've gone back to my routine and make no mistake, some minis painting/assembling will be posting up soon!
I've been busy in my other blog http://sidestreaker.blogspot.com/ on other things in life.
Cheers! my blog here is not the only thing I'm neglecting, look what happen when you leave a cat alone for too long at home... tsk....
Posted by Vincent Fong at 7:45 PM No comments: 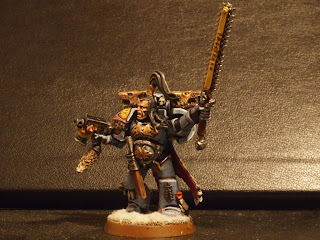 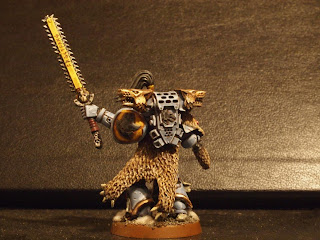 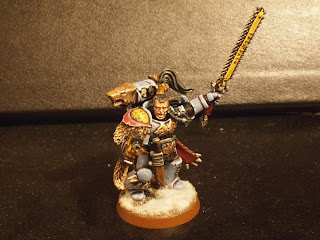 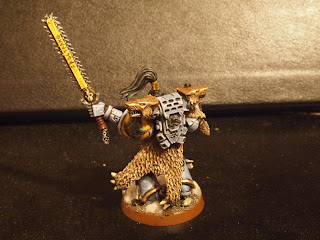 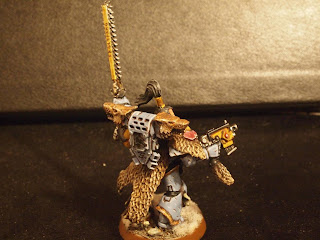 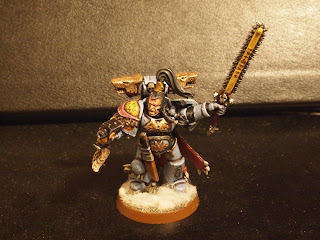 And here is my first painted Space Wolf, my first HQ Ragnar Blackmane. I've been using the standard GW colour template to my best of ability and trying to keep to the colours of the actual Ragnar as close as possible.
Can't wait to start on the rest of the squad!
Posted by Vincent Fong at 11:25 AM 3 comments: 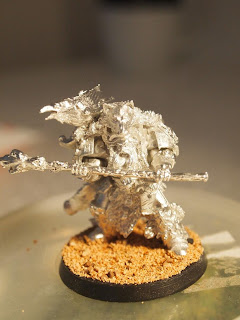 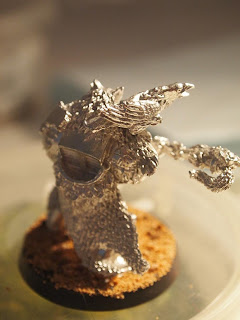 For my second HQ, it shall be Njal Stormcaller. Here's the assembled mini and will be primed soon! just love that bird!
Posted by Vincent Fong at 10:16 PM No comments: 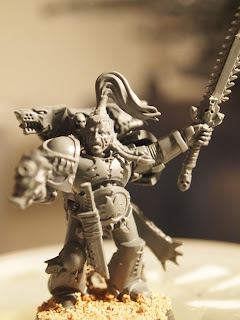 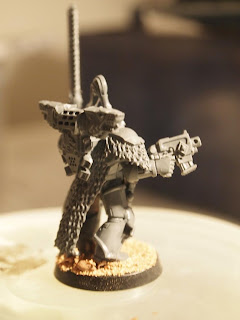 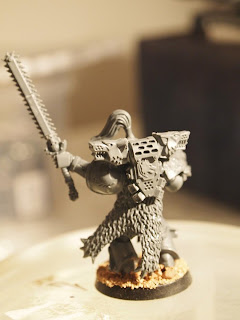 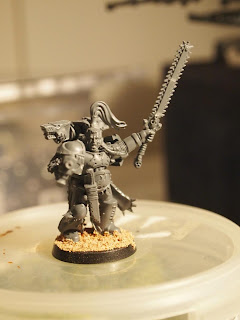 Well after so long, I've finally decided to start the army. Lots of things got in between, and that's how life is. It has been an exciting and eventful year for me, which unfortunately left me with no time to dwell into this lovely hobby.
After being able to manage my time a little better, it is now a good idea to pick up where I left. I have chosen the first step by doing a conversion with the SpaceWolf set. When I first laid eyes on the sprues, I knew immediately there's a Ragnar in there, waiting to be converted.
Well here it is, my first modelled up and converted to resemble the GW Ragnar Blackmane as close as possible without the use of Green Stuff.
Can't wait to work on the rest!
Posted by Vincent Fong at 2:43 PM 2 comments: 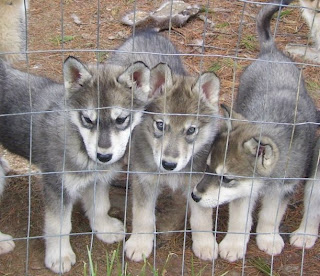 Ok, here's an experimental list on the kind of army I'm looking at. Lots of infantry, enough bodies for assault and anti-tank, enough termies to deal with tougher units, and moderate long range coverage. I'm adding some bloodclaws and not having just grey hunters all the way, to add some flavor to the army, not overusing greyhunters.... In each modularized unit of the troop, if everyone goes on foot (as how Russ intended), I can attached a wolf guard terminator to each of the grey hunters or long fangs to add to their potency. However, if transports are added, I'll replaced some of the termies with rhinos/drop-pod/razorback. Eventually, I'll beef it up to about 2.5K with the necessary hardware like all transport included and maybe a Land Raider, and maybe a juicy dreadnought as a centrepiece.
I'm trying to keep to the fluff especially for the wolfguard where there should be the almost no repetition in their fit-out to express individuality. Also, it will be interesting in terms of hobbying with all the variety.
Let's see, Ragnar and Ulrik may be attached to any of the troops, preferably Ragnar+GH and maybe Ulrik with one of the BC+WG as a mentor. Naturally, Njal can join any of the WG termie squad.
Posted by Vincent Fong at 9:58 PM No comments: 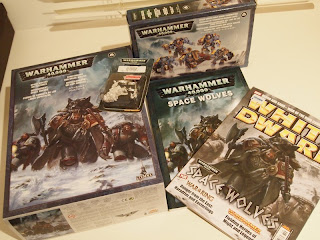 It been a busy first quarter of the year! Moving about and looking at a more steady time ahead, I now find the comfort to start of my Space Wolf eventually, yeay!
My recent hauls includes 1 battleforce, 1 pack of SW termie wolf guard and Njal Stormcaller. I'm starting slow on this and eventually will add up to my infantry number.

I've decided to go for a Ragnar battle company theme. So Ulrik should be on my list soon. I shall be putting together the minis shortly and hopefully to show some pics soon.
Posted by Vincent Fong at 5:03 AM No comments: